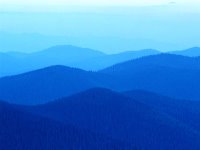 We got away this weekend--packed up the van and the dogs and a lot of junky food (never shop for vacation food when hungry), and drove up to spend the night with our friends Serena and Anna at their place up at Lake Viking.

We were able to get away because we were both off on Monday. It's kind of tricky when one of you is off Saturday and Sunday, and one works Sunday morning. But it's more possible to get away than we usually think. You just have to do it.

We've already decided we're going again in two weeks, even though we've got other stuff going that weekend. We're just going to do it.

Might be learning something in my old age.
Posted by Donna at 9:17 AM No comments:

I need to quit my job. The one that's my "job," and not my "career." I work three shifts a week, 15-20 hours or so, waiting tables at a fine seafood restaurant in Leawood, Kansas. I have that job because I'm only 3/4 time at my career job.

I need to quit the second job, because it eats up energy and time I would like to put toward my "real job," being the pastor of Abiding Peace Lutheran Church.

I need to quit that job because I am the entire staff of Abiding Peace, which means if we're going to grow, it's up to me. Yes, that's bad ecclesiology--the growth of the church is up to the whole community, right? But ecclesiology and reality are often downright hostile to one another. (Just google "Reformation" for evidence of this.) The truth is, the congregation is looking to me to grow this church, and whether I like it or not is really beside the point.

So I need to quit that second job. It's hard, though, because there's also all this stuff I want.

I want a laptop. I want a new desk chair. I want to go on vacation, somewhere cool. I want to continue to download the internet at lightening speed by paying forty dollars a month to Time Warner Cable.

Because I'm three-quarters time at church and still pay $450 a month for the privilege of having borrowed a seminary education, something will have to go in order for me to quit my second job. One of those things I consider essential...those things that are really choices, but which America teaches us we deserve. I deserve a cell phone and a laptop and Road Runner high speed internet. I deserve them. Plus, I need them to do my job (the real one) better. That's my favorite rationalization of all.

I don't know yet what I'll do. It's a hard choice. If you are reading this, your wisdom is sought. Prayers are good too. Just as a general rule.
Posted by Donna at 7:00 AM 1 comment:

Every Movement Needs an Enemy

I was listening to Fresh Air (with Terry Gross) yesterday while driving around charging my car battery (another story) . Terry's guest was Michelle Goldberg, who has written a book called Kingdom Coming--The Rise of Christian Nationalism. It was a fascinating interview; you can listen by clicking the title above. Once you get to that page, just click on the "Listen" icon.

Goldberg's book explores the concerted effort on the part of the Christian Right to become a force in American political life. Actually, "become a force" isn't quite right--where the movement is most organized, the goal is domination. Some have said that quite openly. It's pretty scary.

Eventually, of course, the conversation rolled around to the very large anti-gay plank in the Right's platform, and Terry asked why gay and lesbian people have become such a visible target of this movement. Michelle Goldberg explained that the right has formed alliances with many of its former adversaries (African-American evangelicals, Jews). Then she said "Every movement needs an enemy."

So we are the convenient enemy of the Religious Right. And that's working out rather well for them. It certainly helped reelect our esteemed president, especially in states like Ohio and Missouri which had gay marriage initiatives on their ballots.

I got to thinking about this idea that gay and lesbian people are a good enemy for the religious right. If we're going to serve in this capacity, explained Goldberg, it is important that gay and lesbian people be seen as the enemy of all that is beloved of the Christian Right. So gay people are painted as not just wanting "special rights" like health insurance, the right to visit a loved one in the hospital, and legal recognition of our relationships. According to people like D. James Kennedy and Jerry Falwell, we're trying to destroy the institution of marriage. (You know, the one we keep begging crumbs from--logic is much less important than fierce rhetoric here.) And we are absolutely anti-Christian. We're behind the War on Christmas and the War on Christians. (We're only nominally responsible for the War on Terror, thankfully.)

Anyway, here's the part I think is really interesting. My premise, if you will. No wonder conservatives in the church get so unbelievably bent about gay people in the church. It wrecks the fundaments of the gays-are-out-to-destroy-Christianity argument (which is deliciously compelling) if we are trying to worship and (egads!) get ordained.

No wonder they are so mad. These crazy queers who insist on staying in the church are just ruining their social studies project.

That makes my day. Perhaps I am actually twisted.
Posted by Donna at 7:16 AM No comments:

They will know we are Christians...

So yesterday I said to a friend, rather flippantly, that gay people are seldom persecuted these days, at least not openly. For the most part, we're allowed to live our lives, and only have to endure hatefulness from the people who write letters to the editor and resolutions for the Synod Assembly.

And then today I heard from another friend that an incredibly talented music director in town was serving his last Sunday this week at a local Catholic parish. (Sorry to be circumspect; I don't know how public he wants this story to be, so I'm erring on the side of circumspect.) The gentleman in question has been forced out by a cabal of hateful folks in the parish, who have subjected him to letters, notes, and even written messages on his belongings. One of the notes simply said "Leave, Fag!"

Ah, the love of a Christian community.

I almost wish he could stay another week, so that the congregation could hear the words of the lectionary gospel of the day, St. John, chapter 15--“This is my commandment, that you love one another as I have loved you"--as they bid farewell to the best director in town.

Is it just me, or is hatefulness becoming a default mode in our public discourse? People don't even seem to hide their hatefulness any more--they just come right out with it. There's another post here, but I wanted this story to stand on its own. It is a story of needless loss, and a reminder that the church cannot simply "allow everyone their opinions." Some "opinions" are wrong. If we don't have the courage to say that, then the hatefulness will escalate, and the Body of Christ will lose more blood.
Posted by Donna at 9:08 AM No comments:

The Methodist die is (not) cast

The UMC Judicial Council has decided not to revisit its decisions regarding a gay man barred from membership by the man who decided not to be his pastor. At issue was whether it was right for the pastor to be disciplined for the act of barring membership to a gay man. The council ruled that it was not, and has decided now to let that decision stand.

You can read the whole article on the decision by clicking on the title of this post. (Hat tip to Andy for his post on this matter.)

The question the council had to decide is rather complicated, because the presenting issue is actually whether disciplining this pastor is an "administrative" or a "judicial" matter.

When I was in seminary, a student one year ahead of me, Robyn, came out to her candidacy committee at the point of Approval. The Approval meeting is the candidate's last step; Robyn had already received favorable reports from her internship congregation and from the professors at our seminary.

The candidacy committee, being a just body and wishing to dismiss her quietly, resolved to figure out how not to make a decision. So they went to the seminary professors, and asked how they could possibly testify to Robyn's preparedness for ministry, when clearly she was a (gasp!) LESBIAN. It was their hope that the seminary would withdraw its approval, and the committee could punt.

Our seminary professors, saints all (and I mean that), told the candidacy committee that they had no intention of withdrawing their approval. They weren't asked to testify to Robyn's compliance with the ELCA's sexuality standards for candidates. They were asked whether she was prepared academically for the parish. And she was.

So the committee, forced to make a decision, made the right one, albeit for a kind of specious reason (Robyn is a lesbian, but she wasn't having a "homosexual sexual relationship" when they met with her.) Sometimes church committees surprise you.

I tell that story because it is my opinion that the UMC Judicial Council punted. It doesn't matter how they arrived at their decision. It doesn't matter what the presenting issue was. The decision will send a clear message to LGBT folks, that they need not apply. Shame, because there are so many great Methodist churches out there.

Here's why it doesn't matter that the council says its decision has to do with legal minutiae and not with the matter at hand--can a pastor deny membership to a queer person? The following is an excerpt from the article on the decision on the UMC site:

According to the UMC website, there are 45,176 clergy members in the United Methodist Church. There are 34,892 local UMC churches. Given the fact that this decision seems to allow gay folks to be excluded from membership in those churches, and given the fact that there are a lot of individual clergy folks who get to make those decisions, it seems likely that there will be injustice "resulting from the interpretation of the decision." Whether that injustice is "manifest" depends, I guess, on what you think of the worth of the gay people who will be turned away.
Posted by Donna at 12:12 PM 1 comment:

Saw this in large soap letters on a car yesterday in Lee's Summit, that wonderful little 'burb in which I reside:

Hope they go over spelling one more time before she graduates.
Posted by Donna at 8:35 AM No comments: